The Mission Of Every Believer | Rav Dror Moshe Cassouto

Rav Dror Moshe Cassouto was born in Jerusalem, and grew up in a secular family. He studied for a few years in a high school for the arts, traveled around the world a bit, and then was drafted into the Israeli army, where he met his wife, Eynav. They got married about a year after meeting, and began their journey of teshuva together. They now live in Rechavia, Jerusalem, with their five children.

What really started to open his eyes and fueled his search for the truth, was joining the army. This allowed him to come in contact with many new people, who had different outlooks on life and the world. He started to develop a deeper self awareness of his own feelings towards the world. He started asking questions and talking to people, and slowly came to see that there was some invisible hand surrounding his interactions, quietly supplying explanations for everything he was wondering about. Looking back on those days, Rav Dror now clearly recognizes that this was all completely divine providence. This whole experience of realizing that there was some unseen force guiding him and surrounding him, was very new, and incredibly powerful and inspiring for him. In fact it caused him to begin his journey of connecting to spirituality and teshuva.

The most eye opening experience that Rav Dror had, was when he was walking around his army base with a very strong question running through his mind. Something he really could not understand. Then, someone just walked over to him and answered it. Out of nowhere, without Rav Dror asking, someone walked over to him and said “you know”… and proceeded to perfectly explain exactly what was on his mind. At this point Rav Dror realized that there was a Creator, that someone was running the show. He decided to try to connect to the Creator, not knowing of Torah and mitzvot, simply through praying and talking to Him.

When Rav Dror finished with the army, he took his talents as a competitive swimmer, and worked as a lifeguard at the public pools. He was making a very nice salary, but decided to quit the job due to the obvious problems of immodesty. They also asked him to work on Saturday, and at this point he no longer wanted to work on Shabbat. At first Rav Dror didn’t really know what it meant to be a ba’al teshuva, so he decided that every day he would do one thing good for his neshama (soul). One day he would go to the mikveh, one day he would put on tefillin, another day he would meditate, the next day hitbodedut, and sometimes he would say Tikkun Haklalli or learn Chumash for fifteen minutes. In this way, Rav Dror’s neshama started to receive more and more light, and began to yearn for holiness. He began to have feelings and desires that he had never felt before. During this time he became very interested in holistic medicine and took several courses, realizing that his identity and purpose was tied to helping people deal with emotional and mental issues. Rav Dror really connected to mikveh, and loved finding fresh springs all around Jerusalem to dip in.

So, slowly slowly, this path lead Rav Dror to keep Torah and mitzvot. He began to study at the Belz yeshiva for ba’alei teshuva, called “Torah V’Emunah”, but it wasn’t the right place for him. So his wife asked him what he wanted to do with his life, because she saw that between work and the yeshiva, he was unhappy, and it wasn’t working out for him. So he said “I want to learn Torah, and teach Torah”. That same day, he got a phone call from Yeshivat Aish Hatorah, offering him a nice paid position to learn there, and be trained to do kiruv. Of course this was divine providence, and Rav Dror went to learn at Aish Hatorah for six months or so. But there too, he was still not happy. He couldn’t find the happiness he was looking for. Finally, through another series of miracles, Rav Dror ended up at Yeshivat Chut Shel Chessed, where he stayed for twelve years. Chut Shel Chessed is the yeshiva of Rabbi Shalom Arush, and the second he saw him he immediately knew that what Rabbi Arush was teaching was the truth. Rav Dor believed in everything that he was teaching, and gave everything he could to learn under him in the yeshiva.

He moved to the ultra orthodox Beit Yisroel neighborhood adjacent to the yeshiva, and developed a very close relationship with Rabbi Arush, through tremendous mesirat nefesh. Hashem gave Rav Dror the zechut of being able to help Rabbi Arush with many things, and he became an incredibly devoted student. He did everything he could for him, including illustrating with him and helping him publish the famous children’s books written by Rabbi Arush. Rav Dror also did many projects on his own. He wrote several books and CD’s for children, and released his first inspirational rap album, of which most of the songs he wrote and composed late at night. Seven years after joining the yeshiva, Rav Dror started an English program at Chut Shel Chessed, which he managed and coordinated for five years.

Finally, being sent by Rabbi Arush with his blessings, Rav Dror founded the Emunah Center, in the Rechavia neighborhood of Jerusalem. The Emunah Center is an Outreach Center for people in Israel, as well as people all over the world, by way of the Emunah.com website. Every class given in the Emunah Center is recorded and uploaded to Emunah.com and to our YouTube channel, where thousands of students all over the world watch the daily classes, translated into many different languages, and enjoy the beautiful and inspiring wisdom that Rav Dror teaches. 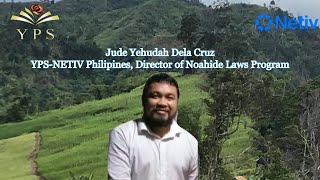 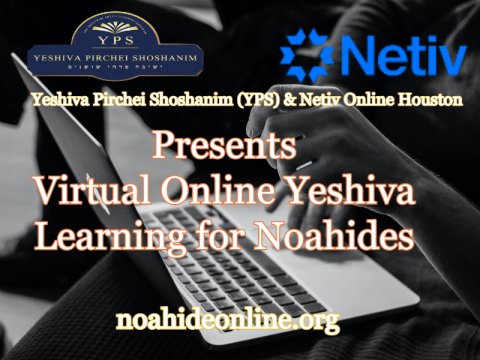